India has the largest markets for many electronic types of equipment. More and more companies are entering this vast market to maximize their share in it. Smartphones are one of those electronic devices that are growing in demand. In India, this trend is increasing with every passing year. Many smartphone manufacturers are focusing on this growing market. It has shown an increase of 12% in the first quarter of the year 2017.

Samsung has once again snatched its lost position from Apple. It has topped the market with 26% shares in the first quarter of the year 2017. All this credit goes to Galaxy J series which remained successful. Samsung lost this top position due to the crashing of Galaxy Note 7 last year. But, the company has regained its position again. It hopes to further strengthen its position with the launch of Galaxy S8 and S8+. Xiaomi has first time followed Samsung and reached the second position. It has captured about 14% share of this diverse market. The market trend, further, shows that it is going to increase the market share in the coming quarters.

Vivo has taken the third position once again with 36% increase in its sales as compared with the last year. Lenovo and Motorola follow Vivo with the shipment of more than 3 million handsets. This boom in the market seems to be due to the shipment of LTE phones in the country. More than 50% of the population consists of young people who are fond of using data. Moreover, the slowing down of sales of these companies in the mature markets is also another factor.

Tech experts are of the view that this changing trend is also due to the marketing strategies of these companies. Many companies are stressing on the offline availability of the devices along with the online sale. The offline brands are paying attention to online supplies. And, online selling brands are becoming available offline.

Infosys Is Planning To Open 4 New Tech Centers In the USA, Will Hire 10,000 American Workers 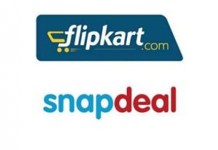 Nubia Z17 with Snapdragon 835 and 8GB of RAM Launched

Solar Probe Plus: NASA’s Mission to SUN, details to be revealed...

BSNL planning to launch satellite phone service for all in 2...